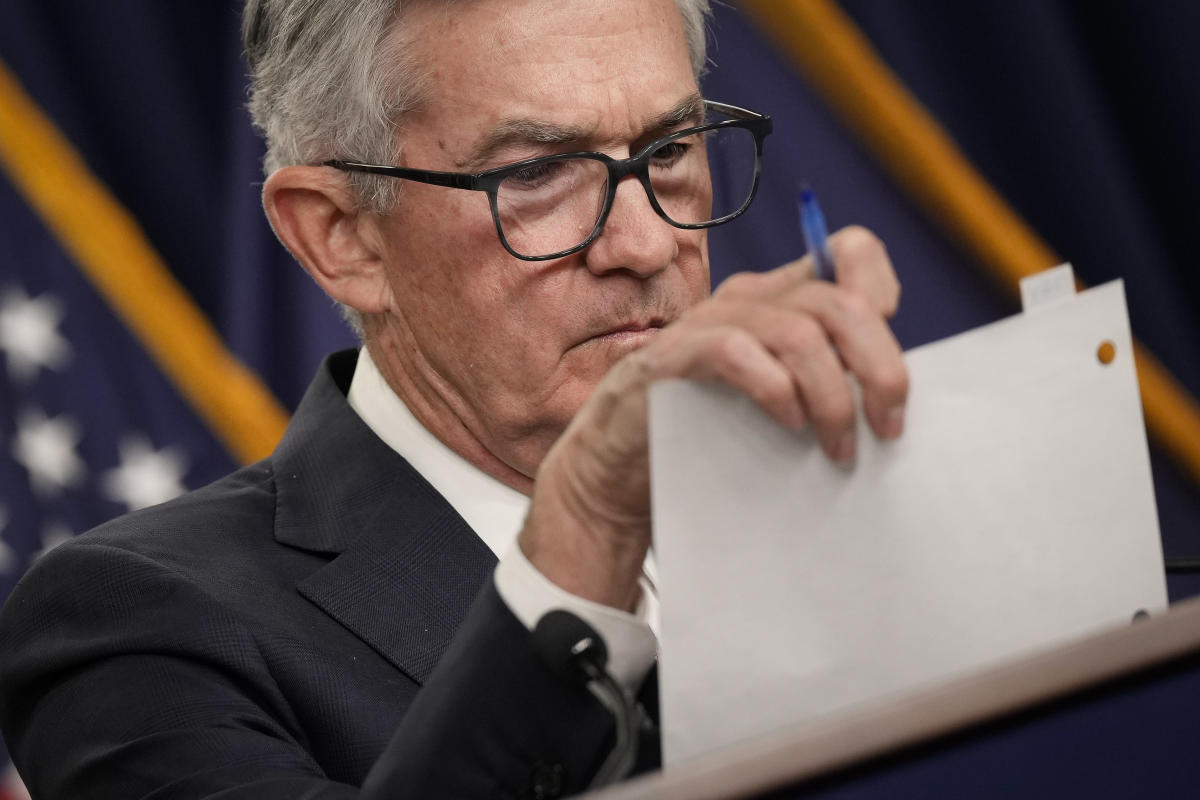 Today’s newsletter is by Jared Blikre, a reporter focused on the markets on Yahoo Finance. Follow him on Twitter @SPYJared.

Stocks are finally listening to Jay Powell and the Federal Reserve.

In a highly anticipated move Wednesday, the Federal Reserve hiked its benchmark interest rate by 0.75 percentage points after raising it a similar amount at its prior two meetings. Powell & Co. also delivered a hawkish surprise by lifting expectations for further hikes this year and the next to an eventual terminal rate of 4.6%.

The Dow, Nasdaq Composite and the S&P 500 all finished the day down about 1.75%. That’s in stark contrast to the rally after the prior July meeting, which was arguably quite hawkish, as well.

What has changed since July? In August, Powell said at the Fed’s annual meeting in Jackson Hole, Wyoming that the central bank would raise interest rates until the “job is done” bringing down inflation.

Powell’s uncharacteristically short and direct Jackson Hole message seems to be the deciding factor for markets. He doubled down on Wednesday.

“My main message has not changed since Jackson Hole,” Powell said at a press conference on Wednesday. “The FOMC is resolved to bring inflation down and we will keep at it until the job is done.” Stocks be damned.

Looking ahead to the two meetings remaining in 2022, markets are adjusting to the likelihood of a fourth 0.75% in October and 0.50% in December.

Former Fed Governor Larry Meyer is taking it a step further, forecasting a 0.50% hike in February and 0.25% in March to complete the cycle. This lands the Fed’s terminal rate at 5.00% to 5.25% — a full 2.00 percentage points above the rate set Wednesday.

Powell and his colleagues might have slept soundly last night knowing Wall Street got the message that interest rates will keep rising — even if investors didn’t necessarily like what they’re hearing.

What to Watch Today

4 things to watch as Putin escalates in Ukraine

Jamie Dimon: ‘The U.S. economy today is a classic tale of two cities’

Click here for the latest stock market news and in-depth analysis, including events that move stocks

Read the latest financial and business news from Yahoo Finance

Download the Yahoo Finance app for Apple or Android