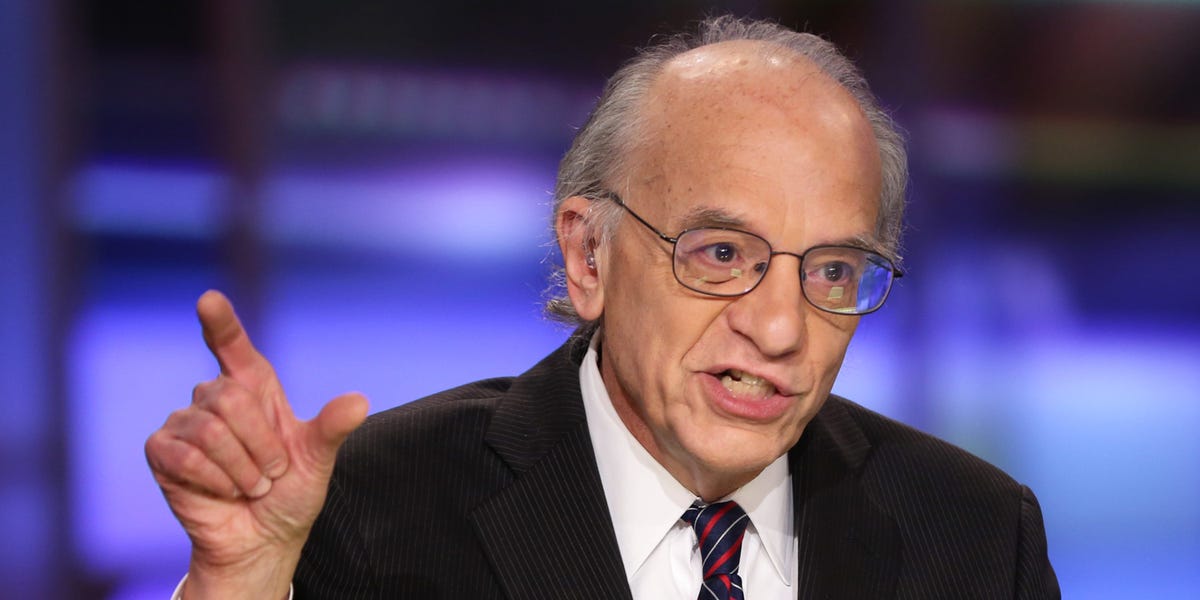 Wharton professor Jeremy Siegel has a big issue with the Federal Reserve’s aggressive interest rate hikes in its bid to tame inflation, and worries that the central bank is making the biggest mistake in its history and may provoke a steep recession.

That’s because, according to Siegel, inflation is starting to come down significantly and the Fed is still moving forward with its rate hikes.

“The last two years [are] one of the biggest policy mistakes in the 110-year history of the Fed, by staying so easy when everything was booming,” Siegel said.

On Wednesday, the Fed raised interest rates by another 75 basis points and said that it expects further rate hikes heading into early 2023, according to its updated dot plot.

“When we have all commodities going up at rapid rates, Chairman Powell and the Fed said: ‘we don’t see any inflation. We see no need to raise interest rates in 2022.’ Now when all those very same commodities and asset prices are going down, he says: ‘Stubborn inflation that requires the Fed to stay tight all the way through 2023.’ It makes absolutely no sense to me whatsoever, way too tight!” Siegel said in an interview with CNBC on Friday.

Siegel pointed out that oil prices have fallen back to levels not seen since the start of 2022, prior to Russia’s invasion of Ukraine, and home prices and home building activity are starting to fall.

“The only thing that’s not going down is wages, and by the way, wages are in catch up mode. Don’t argue their pushing inflation, they’re lagging inflation. I mean, workers are trying to get a little bit back of what the inflation happens to be,” Siegel said.

“Why is he putting the burden on these working people, on the employed people, when every other commodity price is going down,” Siegel said passionately.

“I think the Fed is just way too tight. They’re making exactly the same mistake on the other side that they made a year ago,” Siegel added.

To Siegel’s point, the Fed has had an incredibly lousy record at accurately forecasting where they expect interest rates to be just a few months into the future.

“I am very upset. It’s like a pendulum. They were way too easy through 2020 and 2021, and now [impersonating the Fed] ‘we’re going to be real tough guys until we crush the economy.’ I mean, that is just to me absolutely, poor monetary policy would be an understatement,” Siegel said.

“Why is he putting the burden on these working people, on the employed people, when every other commodity price is going down,” Siegel said passionately.

Siegel expects the Fed to “eventually see the light” as none of their recent predictions are likely to come true.

“I think they’re going to be forced to lower the [interest] rates much more rapidly than they think,” Siegel said, a move that could set up stocks for a potential recovery from their ongoing decline.